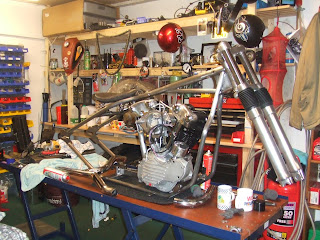 Savs building a Knuckle, i think its his first build. Before he could only build Lego, but the boy got da bike bug and now hes fucked. Hel have no money, his wife will leave him, and he will be shunned by his friends for riding a knuck.He wont even get a nod in a desert.Remember the film Papillion with Steve Mcqueen? Well thats Sav in the hut,covered in Leprosy,trying to sell his knuck instead of a fucked boat to get his life back. My violins out for you mate he he.x
Posted by Leedog at 00:54

links to the good,the bad and the lowlevel , we love em all. 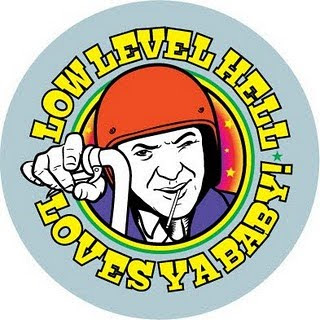 Outa stock at the mo sorry, let u know when there in.